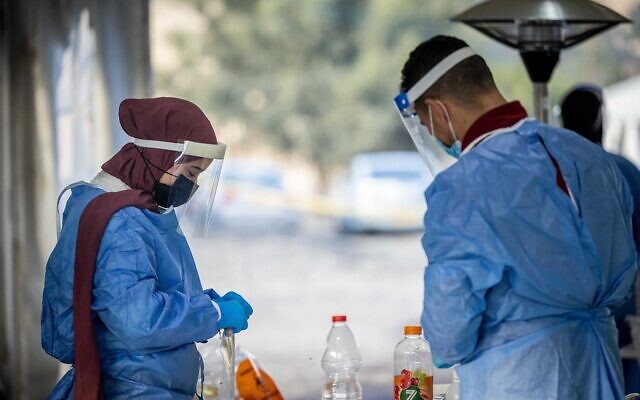 The alleged first case of someone getting infected with both COVID-19 and the flu at the same time has been confirmed in Israel.

The two viruses were found in a pregnant woman who was not vaccinated but she thankfully experienced mild symptoms, as per Beilinson Hospital in Petah Tikva.

While some reports have been dubbing this case as the first of its kind in the world, in reality, there have been such dual diagnoses as early as spring of 2020 in the United States.

However, Israel has been indeed seeing quite a spike in flu cases in the past few weeks with almost 2,000 people getting hospitalized amid concerns of a so-called “twindemic” involving both COVID-19 and seasonal influenza.

More precisely, many fear that growing numbers of flu cases and COVID cases would end up overwhelming the hospitals.

That’s not to say that there is a real concern many people would get infected with both viruses at the same time.

Last year, such concerns did not become a reality since the flu cases were historically few thanks to all the precautions taken to keep the pandemic at bay.

With that being said, however, this year has not been the same in terms of low flu infection numbers, reports Ynet.

As for the double infection case which has been dubbed as “flurona,” the medical specialists at Beilinson have confirmed that the symptoms were mild and that both the mother and unborn child are safe.

The director of the hospital’s gynecology department, Arnon Vizhnitser, stated that “The disease is the same disease. They’re viral and cause difficulty breathing since both attack the upper respiratory tract.”

The pregnant woman was allowed to leave the hospital last week on Thursday.

Regardless of this isolated and happy situation, the Health Ministry has been studying the case to figure out whether such a dual infection can lead to a more severe illness or not.

Speaking of the ministry, a spokesperson announced that there has been a worrying rise in flu cases this season.

The unnamed victim was 9 months along when she became really ill two weeks prior to her untimely death.

She was hospitalized at the Hadassah Medical Center where her son was brought into the world via a C-section.

Reports have confirmed that the baby is healthy.

Right after undergoing the C-section, the new mom was put on a ventilator because of some respiratory complications.

Unfortunately, her condition continued to worsen and the medical team attending to her were unable to save her life in the end.

Another case happened last month and involved a 6 year old by the name of Yosef Naim from Netivot.

The little boy passed away in his sleep after going to bed with a fever.

Some health specialists think Yosef developed myocarditis, which is an inflammation of the heart, resulting from his flu diagnosis.