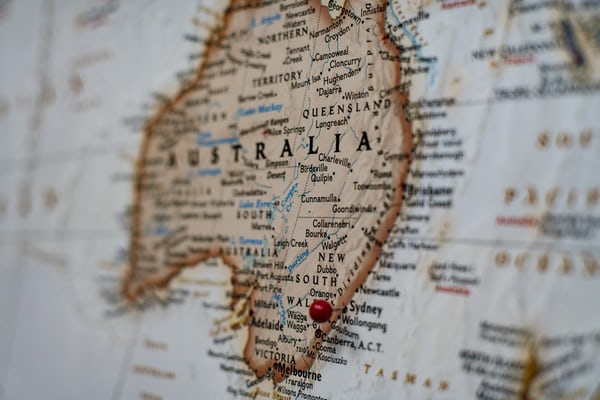 Australia has reached an 80% inoculation rate for those over 16 years old, and its Prime Minister Scott Morrison shared the good news through a social media post. Some states and territories have issued vaccine mandates, and it might become mandatory at the federal level as well.

Much like in many other countries worldwide, those who remain unvaccinated have been banned from many places such as malls, restaurants, concerts, and other places. According to the most recent statistics, the island country has a population of over 25 million, and since the beginning of the pandemic, there have been over 178,946 cases reported. The country managed to close its borders for a long time during the pandemic and avoid a surge in daily new infections with lockdowns. Some neighbors have had similar restrictions, such as New Zeeland and Tuvalu.

The highest vaccination rates have been in Easters Australia

Media reports mention that over 93.9% of New South Wales residents have received at least one dose of a Covid-19 vaccine. In Victoria, there are over 92.2% of people vaccinated against the virus. And in Queensland, over 79.3% of people received the first dose. South Australia has a statistics of 83.4%, while Western Australia has a lower rate of 80.3%.

After several lockdowns, some states have allowed traveling. However, Western Australia will continue maintaining several restrictions. The restrictions might stick until the largest Australian state reaches a 90% inoculation rate.
Mark McGowan, WA Premier, explained that there had been some changes in terms of traveling restrictions through a social media post:

Under current classifications, from 5 November, approved travellers from the ACT, NSW and Victoria will be required to be fully vaccinated to travel to Western Australia, in addition to meeting other existing requirements for travel.
Moving forward, this requirement will apply for travel through WA’s controlled border for any jurisdiction classified as ‘low’, ‘medium’, ‘high’ or ‘extreme’ risk.
Currently there are no changes for jurisdictions classified as ‘very low risk’ (QLD, Tas, SA and NT).

The recommendation comes as vaccines are now readily available in Australia providing enough time for travellers to get both doses prior to travel, and aligns to the Federal Government’s requirement for international travellers to be fully vaccinated.

In the future, proof of vaccination might become a requirement even for domestic traveling inside Australia.