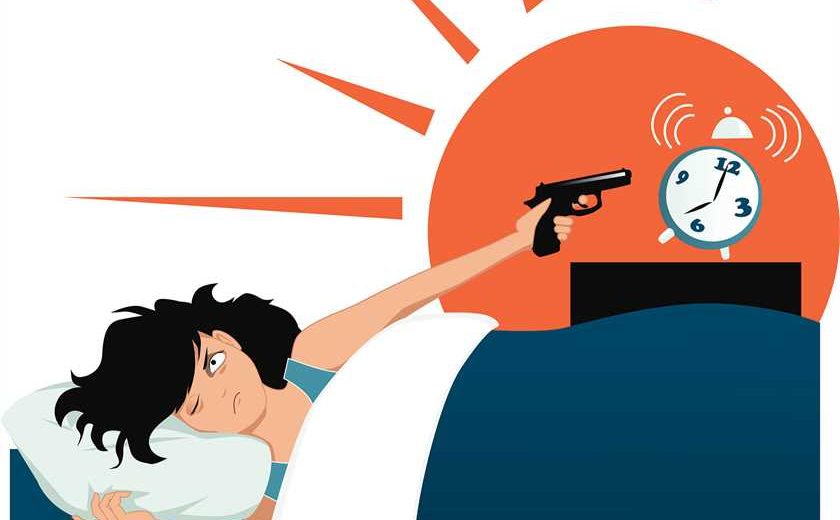 People who fall asleep late and have problems waking up in the morning are more exposed to premature death in comparison to those who get to bed early and get up early, according to a British study.

Researchers gathered the data of nearly half a million UK residents aged between 38 and 73 and followed the participants for more than 6 years. The study concluded that late risers are at risk of prematurely dying, irrespective of their health conditions. The researchers noticed that the risks of premature death are by 10% higher than those who have a normal sleeping pattern.

Previous analyzes have suggested higher rates of cardiovascular disease and metabolic pathologies such as diabetes but this new study is the first to explore mortality risk.

Out of the 10,500 deaths recorded in the participants, 2,127 had cardiovascular causes.

“It is a public health problem that can not be ignored,” said Malcolm von Schantz, a professor of chronobiology at Surrey University. According to him, “night owls” should benefit from greater flexibility in the job so that they can start and finish their work later.

”For nocturnal people, trying to live in a morning world, can have health consequences,” said Kristen Knutson from the Northwestern University, in Chicago, and one of the study’s co-authors.

Also, researchers argued that, usually, late risers are having harmful habits, such as sedentary lifestyle or unhealthy diets. Besides, “night owls” have a more pronounced tendency to develop psychological disorders, suffer from diabetes, neurological issues, gastrointestinal or respiratory problems, and also show a tendency towards smoking, alcohol consumption, caffeine consumption, and drugs.

Even more, passing towards the daylight saving time coincides with a higher incidence of heart attacks and for the late risers is more difficult to adapt to the change, say the researchers.

In conclusion, the study concluded that late risers and “night owls” present increased risks of premature death by 10%.