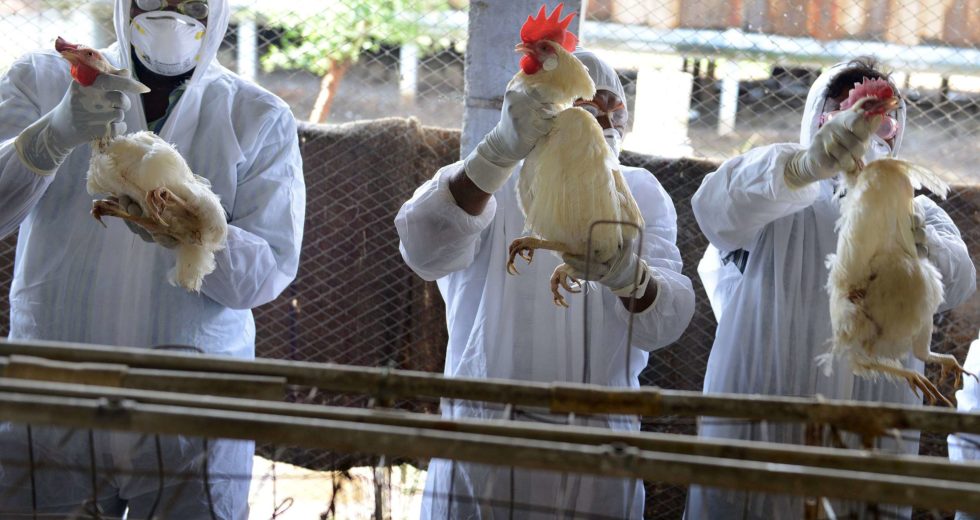 The World Health Organization is on alert after Russian health authorities reported what seems to be the first human cases of infection with the H5N8 bird flu. In a similar way to human influenza viruses, bird flu has various different strains, and new variants arise regularly.

The terrifying news is brought by IFLScience.com, but there’s still hope that we should not worry too much. In most cases, the H5N8 flu can only infect birds. But humans have gotten bird flu before, which means that we must not take the situation too lightly. A spokesperson from the WHO confirmed for CNN the hypothesis that we’re all afraid of:

“If confirmed, this would be the first time H5N8 has infected people.”

Farmworkers that have contact with bird species are the most exposed to bird flu, as the virus is commonly detected in poultry farm animals. And considering that for the recent months, the H5N8 virus was found in poultry birds across various Russian regions, detecting the virus on humans wouldn’t be a surprise at all.

There’s still good news here, considering that the infected individuals were asymptomatic, and no transmission from human to human was reported. According to a Bloomberg report, Russia’s public health chief Anna Popova declared:

“It is not transmitted from person to person. But only time will tell how soon future mutations will allow it to overcome this barrier,”

She added that the discovery of the strain now “gives us all, the whole world, time to prepare for possible mutations and the possibility to react in a timely way and develop test systems and vaccines.”

The WHO didn’t confirm the reports yet and Russian authorities still need to gather information about the cases.