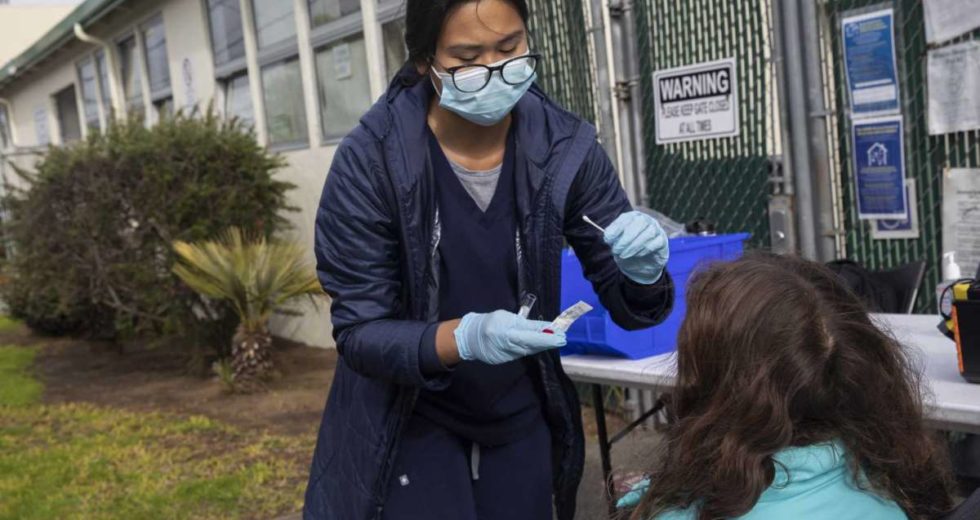 More and more cases of a dual infection with both COVID-19 and the flu are emerging to the point that the unfortunate mix of viruses has received its own name in the media – “flurona!”

As you might have figured out, the term refers to an infection with the flu and COVID at the same time, which is not exactly pleasant.

Officials were worried about such a “twindemic” last winter as well but in the end, not only did that not happen, the flu actually almost completely disappeared due to social distancing and other COVID-19 protective measures such as wearing masks, the numbers of influenza infections reaching historic lows.

With that being said, it appears that this year we are not as lucky!

John Swartzberg, an infectious disease expert from UC Berkeley stated that “Last year we had something almost unique in terms of very, very few cases. This year we’re on track for an average flu year, which is not good.”

The latest report on the flu season from The Centers for Disease Control and Prevention showed increased activity with 6.2% testing positive for influenza.

More precisely, the weekly report shows low flu activity in California but high activity in certain parts of the East Coast, Southeast, Southwest and Midwest and the numbers have increased a lot in only a week’s time.

So how many dual infections of both the flu and COVID-19 have happened at this point?

The first case in Los Angeles County has been reported, the co-infection being found in a teenager who had returned from a family vacation in Mexico.

These new US reports come after Israel first confirmed the first case last week, occurring in an unvaccinated pregnant woman.

Thankfully, she experienced only mild symptoms and both she and the unborn baby are alright according to officials.

The Washington Post also reported cases in the Philippines, Hungary and Brazil.

Swartzberg mentioned that the flu is treated as a benign disease due to the fact that it’s seasonal, coming back every year and causing tens of thousands of hospitalizations.

“It’s a serious problem every year. Adding that to COVID and it’s of tremendous concern,” he stated.

So does getting infected with both the flu and COVID-19 result in more serious symptoms?

While it sounds like it, at this point in time, researchers still don’t have enough data to know for sure.

The chief of infectious disease at Kaiser Permanente Redwood City Medical Center, Dr. Darvin Scott Smith explained that because co-infection features two viruses that work separately the “fear is that there would be worse clinical outcome.”

However, scientists still don’t have enough data on this due to many of the cases reported being anecdotal.

Swartzberg also noted that it would be quite hard to draw clinical conclusions about co-infections due to the low number of cases that occurred last year.

He went on to say that it would seem logical “that since both of the viruses can cause severe infection, the two together could be even worse, but we don’t know that for sure.”

So how do you know if you are infected with both COVID and the flu?

Due to the fact that both viral infections have pretty similar symptoms including coughing, fever, sore throat, shortness of breath, congestion, body aches, vomiting, headaches and diarrhea, it can be difficult to differentiate between COVID and the flu.

The CDC does say that symptoms of the flu tend to set in faster than the ones of COVID.

At the same time, however, new research suggests that the omicron variant has a shorter incubation period than the strands before it to the point that some people get symptoms in just three days after getting exposed.

As for how to know if you have both COVID and the flu, there is no way unless you actually get tested for both viruses.

So who is most likely to contract both at the same time?

The CDC says that pretty much the same groups are at a higher risk of complications from either the flu or COVID: the immunocompromised, the elderly and pregnant people but also people suffering from other serious medical conditions and disabilities.

Smith also stated that people who are “most susceptible to co-infection adverse events” are also those who have very active social lives, do not wear their masks and are not vaccinated.

The same individuals are also the ones most likely to get infected with both viruses at the same time.

Another source, USA Today, reported that young kids are also at a high risk of developing a co-infection due to the fact that they have less immunity because of being exposed to fewer viruses throughout their lives.

Furthermore, Smith also mentioned that children are more vulnerable as a result of being in social circles such as school, especially if both viruses are widely circulating in their communities.

So how can you avoid getting infected with both viruses?

According to experts, the best course of action at this point is getting vaccinated and receiving the booster to protect yourself from COVID-19 and also getting the flu shot!

Even though this season’s flu vaccine is actually a mismatch for the main strain going around, Smith says that it is still “super important” to get vaccinated.

This is because it would still build a level of immunity to protect people against developing severe symptoms and death.

Smith also explained why the flu is back with a vengeance this year, saying that people have become “a little bit more lax” as far as the pandemic is concerned.

People have been meeting up a lot more and traveling as well.

But if you are worried about double infection, experts advise to double down on the usual pandemic safety measures including social distancing, masking, washing your hands a lot and getting tested before and after large gatherings.

Smith mentions that “Doing all these things that are keeping (people) safe from COVID would help with the flu as well.”