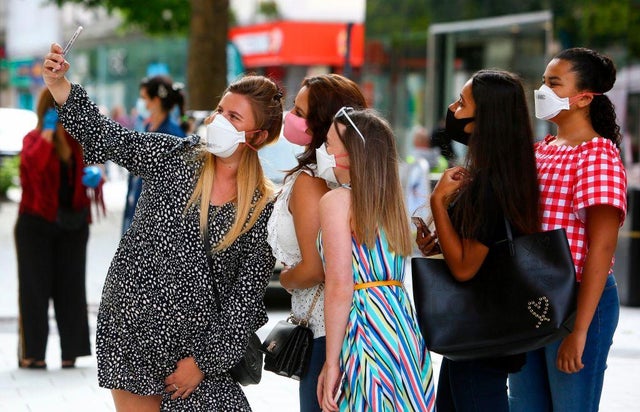 It seems that England has decided that gatherings of more than six people will be illegal from Monday. They did it in order to prevent the coronavirus from spreading.

This change in law will ban large group meetings everywhere – indoors or outdoors. This does not apply to schools, workplaces, or weddings that take the precise safety measurements, organized team sports, and funerals. If people don’t comply, they will have to pay a £100 fine. The new rules will come into force on the 14th of September.

Up until now, the police could not stop gatherings unless they exceeded 30. Two households of any size are allowed to meet both indoors and outdoors. And outdoors, only up to 6 people from different households.

The prime minister of the UK, Boris Johnson, will come with more info on Wednesday. Health Secretary Matt Hancock stated: “One of the pieces of feedback we had, including from the police, was that we needed the rules to be super simple so that everybody knows what they are. And now, this will now be rigorously enforced by the police.” He also said that gatherings are okay and that there should be socially distanced, and the groups should be up to six people.

We don’t know for how much time the rule would be here. Hancock said: “I really hope we can turn this around before Christmas. I think that, in a pandemic, Christmas is a long way off. Three months is a long time in a pandemic, and I very much hope this strong rule, together with the local action we’ve taken in places like Bolton… I very much hope therefore this can work to do that by Christmas.”