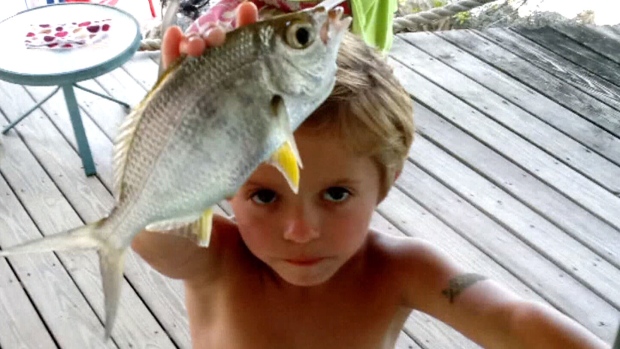 The Boy Got Bitten By a Bat

Ryker’s father, Henry Roque, found a bat and it seemed sick. He put the bat in a bucket and told his son not to touch it. The boy didn’t listen to his father, so he went to the porch and touched the bat.

The father said that Ryker came and told him the bat scratched him. Henry Roque stated: ‘so I frantically googled it real quick and it says to wash his hands with soap, hot water for five minutes’.

They knew they had to take the boy to the hospital, but Ryker started crying thinking that he’s going to get shots.

About t week has passed and Ryker started feeling headaches and his fingers were numb. Henry believed maybe the boy hurt his head, so they went to the hospital.

When they got there and also mentioned about the bat, doctors were alarmed and had a conference with the family, telling them that it’s ‘almost always lethal’.

If it’s not treated before symptoms appear, rabies spreads to the brain and is lethal.

There is a treatment, Willoughby’s protocol, which sedates the patient and involves treatment with antiviral drugs. Jeanna Giese (15) was cured in 2004. Even with the damaged brain, Giese has made a full recovery, went back to school and got married. She even had twins.

All mammals can get rabies, making animals violent and aggressive. victims are in pain, go into a coma and then die because of respiratory insufficiency.

In the bat cases, children don’t notice the tiny bites, so they can’t know if they got rabies. They must immediately get vaccinated. It can take months until the symptoms start.

Willoughby stated that ‘It’s almost never too late to take shots if you have had a real exposure to an animal’.

Unfortunately, Henry Roque stated that Ryker has died Sunday at an Orlando hospital.