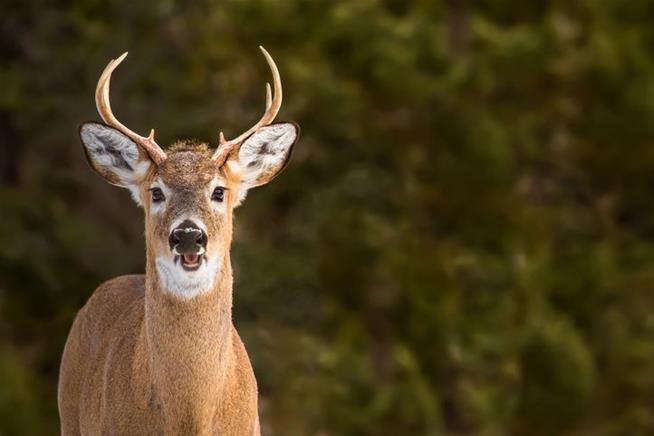 According to a new study, there seems to be a concerning number of white-tailed deer that have tested positive for COVID-19.

As it seems, the deer themselves cannot actually get sick from the virus but that is not to say that they couldn’t act as some sort of “reservoir” for the infection to comfortably exist, mutate and maybe even jump back to people, stronger and more transmissible than ever, as per NPR.

Of course, if this actually happens, the pandemic would become even more difficult to keep under control, let alone eradicate.

The study’s team was able to test almost 300 wild deer, including some caught by hunters as well as roadkill, last year in Iowa and one of the co-authors, Penn State’s Vivek Kapur says that the results are “actually quite stunning to” them.

During the first few months of testing, around 30 percent of deer tested positive for COVID.

But while that’s pretty concerning as it is, the figure surged to 80 percent in the winter of 2020!

This means that the prevalence of the infection amongst white-tailed deer in Iowa at the time was 100 times greater than that of Iowa residents.

And just because the research was conducted in Iowa, that does not mean it’s only an isolated, local problem.

In fact, the scientists pointed out via The Guardian that it is very likely the result of their study holds true of deer populations all over the country.

As for how the animals might have caught the virus, scientists believe it happened through exposure to humans, as per the Duluth News Tribune, but this is not 100 percent certain.

Another possibility is that it happened by getting in contact with human fluids such as the urine of hikers or hunters.

Another co-author, Iowa State’s Rachel Ruden, stated that “Right now that’s really the million dollar question—how are they getting exposed.”

What is known with certainty at this point is that COVID-19 is spreading really quickly amongst the deer population which is exactly why this is so concerning.

Suresh Kuchipudi at Penn State explained that “If the virus has any opportunities to find an alternate host besides humans, which we’d call a reservoir, that will create a safe haven where it can continue to circulate even if the entire human population becomes immune.”

As mentioned before, this seems to increase the risk of the virus mutating but virologist Linda Saif of Ohio State University is still unsure whether or not that is worrisome for humans.

“Can the virus spill back from deer to humans? Or can the deer transmit the virus effectively to grazing livestock? We do not know the answers to these questions yet, but if they’re true, they are obviously concerning,” Saif stressed.