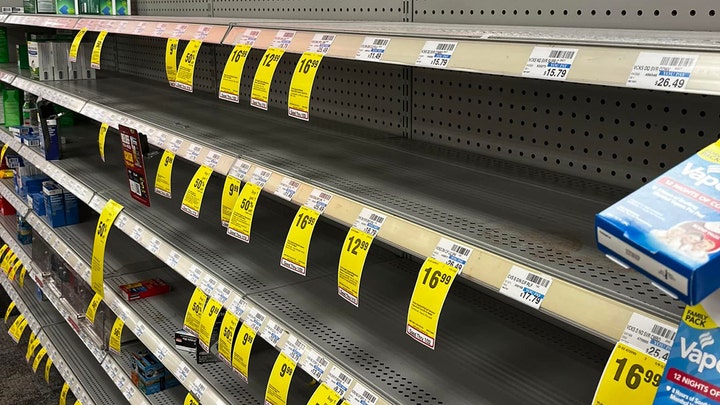 As the omicron variant continues to dominate, Dallas-Fort Worth area stores are dealing with a shortage of flu season medicine.

One East Dallas pharmacy employee told Fox 4 that the situation is comparable to the toilet paper shortage from the beginning of the pandemic!

Furthermore, a CVS pharmacist from an East Dallas location told the same news outlet that people presenting symptoms associated with the flu or COVID-19 have been purchasing all of their cough syrup and cold medicine while others, seemingly healthy, often come in to stock up on those same products as well.

Shopper Steve Corder told Fox 4 that “I’m not surprised that the shelves may be thin.”

The news outlet also reported that there had been empty shelves in six or more stores all across the DFW area, including even grocery stores.

Some shoppers also mentioned that humidifiers have not been very accessible either!

Shopper Heather King shared that “I’ve been to three, and I’ve searched online. I’m just seeing empty shelves, every kind of humidifier has just been sold out.”

In the meantime, Dallas County reported almost 13,000 new cases of COVID-19 infections only in the last three days!

Not only that but medical specialists are also warning people that the flu season is affecting many people all over the country again after registering record breaking lows last year when the COVID protection measures were more strict.

Other grocery store products have also been relatively hard to find including just ordinary produce, packaged goods and even meat.

Typically, grocery stores across the country register 5 to 10 percent of their items as being out of stock but the number has now risen to around 15 percent as per Consumer Brands Association President and CEO Geoff Freeman via Associated Press.

About this situation, a spokesperson for Mom’s Organic Market, Lisa DeLima, stated via the same news outlet that “People don’t need to panic buy. There are plenty of products to be had. It’s just taking a little longer to get from point A to point B.”

After all, the shortages are a direct result of consumers eating more at home because of omicron taking over the world.

At the same time, shipping issues, weather-related delays in shipping, a deficit of truck drivers and food production being affected by staff having to stop working while infected with COVID themselves, contribute to the shortages as well.

But with all that being said, some retail leaders are still optimistic when it comes to things coming back to normal soon.

That’s not to say that there aren’t some that are more pessimistic as well and who are convinced such issues might be here to stay for years as stores and food companies start properly figuring out their consumers’ new buying trends.

Vice president of industry relations for FMI, a trade organization for groceries and food producers, Doug Baker is one of them, sharing that “We’re going to be playing with that whole inventory system for several years to come.”