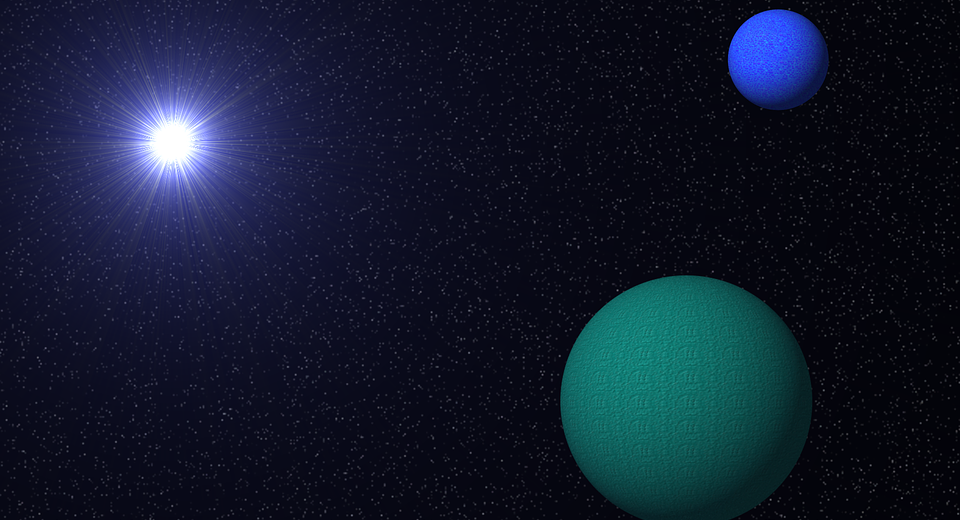 Astronomers discovered the peculiar sighting of two stars performing their final, deadly spiral by observing the tell-tale signs of a teardrop-shaped star.

The funeral shape is provoked by a massive neighboring white dwarf affecting the star due to its intense gravity, which could also be the catalyst for a possible supernova that will consume both.

It was discovered by an international team of astronomers and astrophysicists from the University of Warwick.

They discovered what was dubbed as one of the very few star systems that were discovered in a phase premeditating a time when a white dwarf will begin reigniting its core.

The research was made public on July 12, 2021, in Nature Astronomy. It confirmed that the two stars are experiencing an early form of a spiral, which will ultimately lead to a Type Ia supernova. This kind helps astronomers figure out the rate at which the universe is expanding.

The research was financially backed up by the Deutsche Forschungsgemeinschaft (DFG, German Research Foundation) and the Science and Technology Facilities Council, a member of UK Research and Innovation.

HD265435 is currently at approximately 1,500 light-years away, and it incorporates a hot subdwarf star and a white dwarf star gravitating around each other’s proximity every 100 minutes or so.

White dwarfs are often dubbed as dead stars that have burnt away all of their fuel and collapsed into a more diminutive form of themselves, making them more compact but highly dense.

That can happen either when the white dwarf gains enough mass to reach roughly 140% of the Sun’s mass, also called the Chandrasekhar limit.

However, the duo fits the second scenario, in which the overall mass of a close stellar system of various stars is close or above that set limit.

Only a bunch of other stars that will meet that scenario have been discovered so far.

Dr Ingrid Pelisoli of the University of Warwick Department of Physics and a former affiliate of the University of Potsdam explained that scientists don’t precisely know how those supernovae blow up, but they know that they happen because they see the phenomenon happening in other places of the universe.

The team relied on data from NASA’s Transiting Exoplanet Survey Satellite (also known as TESS) to observe the hot subdwarf. They didn’t focus on the white dwarf because the hot subdwarf was a lot brighter.

However, that brightness isn’t constant over time, meaning that the star is experiencing a distortion process that is turning it into a teardrop shape by a nearby massive object.

Rotational velocity and radial velocity measurements from the Palomar Observatory and the W.M. Keck Observatory and analyzing the massive object’s effect on the hot subdwarf allowed the astronomers to postulate that the hidden white dwarf has a mass very similar to that of our Sun. Still, it is marginally smaller than Earth’s radius.