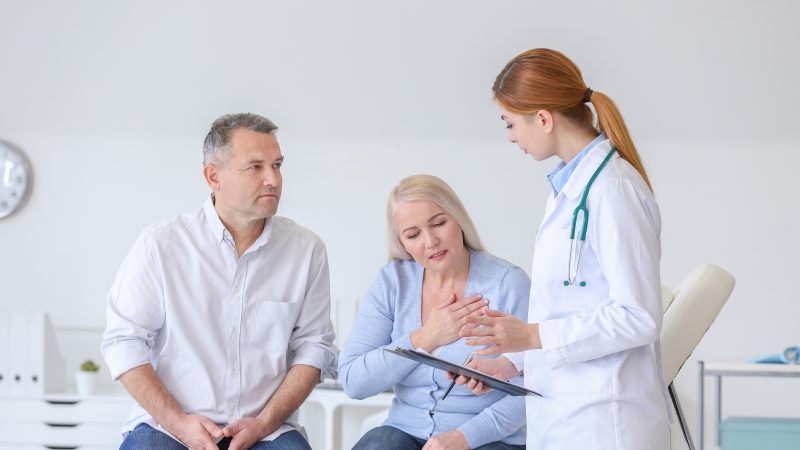 Many believe that dementia is simply something unavoidable that happens with age. However, experts say that there are quite a few ways in which people can significantly lower their risks of developing this scary and debilitating affliction.

As you may know, dementia as a whole encompasses a range of different cognitive disorders that cause difficulty thinking, memory loss and other issues involving communication, judgment and more!

Studies claim that there is one very simple thing people can do early on to try and prevent it from happening and it’s something that is useful to other areas of your health as well!

Well, as it turns out, not treating your hypertension in your mid-life can actually raise your risk of developing dementia.

Generally, people don’t really associate their blood pressure values with a higher risk of dementia, but in reality, that is apparently the case!

Some studies claim that untreated hypertension experienced during mid-life could really impact your cognitive decline in your later years.

In fact, scientists have been aware of this for a couple of decades already!

The first research on this topic was published in the journal Neurobiology of Aging back in 2000 and was able to determine that “increased mid-life blood pressure [is] associated with an increased risk for dementia in old age.”

The study’s authors went on to add that hypertensives who were got treated were at higher risk of dementia, even though “there is no association of dementia to blood pressure in treated men.”

The team noticed that untreated hypertension was associated with an increased likelihood of vascular dementia, which is the second most common sort of dementia after Alzheimer’s.

More precisely, this type of dementia (vascular) accounts for 15 to 17 percent of all cases.

Since the release of that two decades-old study, many others have confirmed the same discovery, including a much newer one published by StatPearls this year!

The team that worked on this new research says that “The one crucial risk factor that needs to be modified is hypertension. Countless of studies show that the use of antihypertensive medications can reduce the risk of vascular dementia.”

If you are interested to know, there are actually three main ways in which hypertension can lead to vascular dementia.

The experts working for this organization say that “This restricts the blood supply to parts of the brain, thefore not enough oxygen and nutrients can reach the brain cells.”

They also noted that there are a total of three main ways in which untreated hypertension can lead to vascular dementia by affecting the brain’s blood supply.

Furthermore, you should keep in mind that, just like how hypertension can cause vascular dementia, it can also cause Alzheimer’s disease!

They went on to note that there are a few different reasons for which hypertension might increase one’s risk of developing Alzheimer’s disease.

More precisely, they wrote that: “Hypertension’s been associated with brain atrophy, large artery and also small artery infarction, and white matter lesion progression, which are much more common in Alzheimer’s disease cases compared to non cases. [We found] a strong relation of hypertension to the frequency of neurofibrillary tangles and neuritic plaques,” which are two types of brain lesions usually found in Alzheimer’s cases, which interfere with nerves found within the brain tissue.

But don’t think that only those with high blood pressure are at a heightened risk!

Researchers found that people who deal with the opposite – low blood pressure – are affected a well!

Even though most of the research out there has been focused on how high blood pressure can increase the risk of dementia, the original 2000 study also concluded that people at the opposite pole of vascular diseases might also be at risk.

The team wrote that “In addition to high blood pressure, we noted a tendency for subjects with low blood pressure in middle age to also be at higher risk for subsequent dementia.”

They also specified that some people with low blood pressure, can develop atherosclerosis (hardened arteries) and an autonomic failure (“involuntary actions such as widening or narrowing of blood vessels,” as per the National Organization for Rare Disorders).

These conditions can then lead to hypoxia or the lack of sufficient oxygen in bodily tissues.

All in all, if you suspect an issue with your blood pressure, regardless of what it is, the best course of action is to speak with a medical specialist about your health concerns as early as possible.

This is because, as you may have figured out by now, maintaining healthy blood pressure at a relatively early age can really make a difference in your cognitive health later on in life.