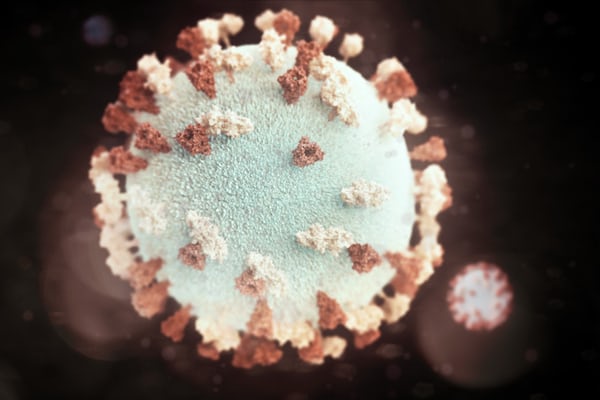 The SARS-CoV-2 virus has been around for almost two years, and it has been the cause of death for more than 5 million people. Although these are the official numbers of deaths, the reality is worse, as many countries do not have the technology to run enough daily tests. Some experts believe the numbers could be twice or even three times more than the official statistics.

The bad news does not stop here, as a study conducted by researchers from Stanford University detected that the new coronavirus can trigger autoimmune disease in some people.

Covid-19 has been associated with autoantibodies

The study published in Nature Communications analyzes the IgG autoantibodies, which are known to attack most of the body, not only the sick cells, of anti-viral antibodies and anti-cytokine antibodies. Researchers studied data and samples from 147 patients who were hospitalized due to this viral infection.

The results showed that 50% of the patients had autoantibodies. During initial health control, only 15% of the patients were detected with antibodies. Autoantibodies are dangerous because they are responsible for rare conditions such as myositis, sclerosis, and other rare autoimmune disorders. Therefore, after a patient recovers from the Covid-19 disease, the virus can continue to cause a series of changes inside our bodies.

These proteins help our bodies control our immune systems and fight off infections. In some people infected with the new coronavirus, the abundance of cytokines created due to the long and strong infection can start attacking healthy cells as well.

Paul Utz, MD, and professor of immunology and rheumatology at Stanford Medicine, explained for the Science News publication the role of cytokines and what happens during the SARS-CoV-2 infection.

It’s possible that, in the course of a poorly controlled SARS-CoV-2 infection — in which the virus hangs around for too long while an intensifying immune response continues to break viral particles into pieces — the immune system sees bits and pieces of the virus that it hadn’t previously seen,” he said. “If any of these viral pieces too closely resemble one of our own proteins, this could trigger autoantibody production.

The study concludes that vaccination remains the only way of protecting ourselves from this nasty disease and its long-term effects.