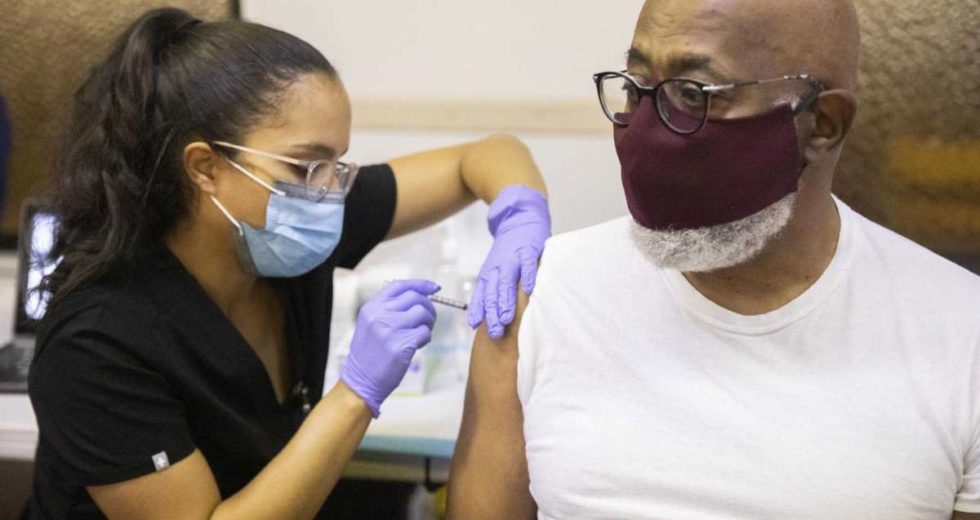 Just last week, public health officials and federal and local leaders decided to expand the COVID-19 vaccine booster eligibility to all adults in the United States.

This step makes sense given the fact that the holidays are right around the corner and many people will be gathering and celebrating together despite the social distancing guidelines in place.

With that being said, many have already received their third dose of the vaccine or are planning to do it very soon in order to protect themselves and those around them from more breakthrough cases.

However, a question still remains – how long will the effects of this booster shot last?

Furthermore, will we need to receive additional boosters as time goes on?

Anthony Fauci is hopeful that is not the case as he previously mentioned on ABC that “We would hope, and this is something that we’re looking at very carefully, that that third shot with the mRNA not only boosts you way up, but increases the durability so that you will not necessarily need it every six months or a year. We’re hoping it pushes it out more.”

Regardless, at this point in time, the timeframe of the protection provided by the booster shot is still unknown.

Stanford expert in epidemiology and population health, Julie Parsonnet, explained via The Chronicle that “We know very little about how long boosters last. The hope is that further vaccinations will be unnecessary, but we don’t have any evidence yet to support that hope.”

Because the United States is still in the beginning stages of the boosting process, “we need time to be able to tell how long-lived immunity will be after the third dose.”

Furthermore, an investigator at the Gladstone Institutes in San Francisco, Nadia Roan, went on to explain that “we need time to be able to tell how long-lived immunity will be after the third dose.”

Back in August, the FDA authorized the use of a third dose for immunocompromised people before also doing the same for elderly individuals in late September, as well as for others that may have a high risk of infection for whatever reason.

And now, as mentioned before, the booster has been approved for everyone who wants it and is of adult age.

Roan mentioned that “it’s also possible that repeated COVID vaccine boosting could become a regular thing,” just like the flu vaccine, which is an annual thing.

Unfortunately, as Parsonnet also noted, there is a serious concern that, as more variants appear, they will become more and more capable of evading the immunity provided by the vaccine.

“Given what we know about coronaviruses more generally, however, I suspect we may need occasional revaccination.”

But, Roan stressed it’s a fact that boosted people are “more protected from overall breakthrough infection than non-boosted vaccinated individuals. Right now, we know that vaccinating at six months is safe and effective. We also know that the vaccines wane a bit over this time period. That is the reason this timing was chosen.”

Looking at Israel’s booster rollout, the rest of the world was able to learn that the third doses were really effective early on.

Israel approved the booster for the elderly back in July, and then decided to also boost everyone else over the age of 16 starting with the end of August.

Parsonnet shared that “Given the date of onset of third dosing, we’ll see six-month efficacy rates sometime in the late winter. Those efficacy rates will start to inform whether further shots will be needed.”

The dosing interval is a topic of big concern as well and Parsonnet noted that it’s a challenge to figure out.

This is because “in the past, there was no rush to vaccinate everyone, so we had the luxury of trying out multiple strategies. But with COVID, we’ve needed to push forward quickly. It may take years to know what the optimal dosing intervals are.”

On the other hand, Roan stressed that there should not be a significant difference between getting it six months after the second dose or eight months after as the B and T cells (also known as memory immunity cells) would have already formed.

She explained that “What the third dose will do is to reawaken those memory cells, and get them to expand in numbers, and in the case of B cells, start producing antibodies again. The elevation in antibody levels after the boosting provides a robust first line of defense against breakthrough infection.”

Of course, the antibodies are not expected to stay at very high levels permanently but, the memory immune cells will get to expand their life which is “important in providing protection against severe COVID-19.”

This explains why, even after the vaccine-created immunity wanes drastically, it still provides powerful protection against COVID-19 and significantly lowers the risk of hospitalization and death in the eventuality of a breakout case.

Roan also mentioned that the booster seems to bring the most benefits to immunocompromised people who might not have mounted an antibody response following their first two inoculations.

In those cases, they are usually able to get some antibodies after receiving their third dose.

That is not a sure thing, however, as Parsonnet said that in some cases, immunocompromised individuals might never respond to the vaccine regardless of the number of doses they receive.

This conclusion is based on data that has shown only half of all vaccinated immunocompromised people have reaped the benefits of the vaccine following their third vaccination.

With that being said, they have no choice but to rely on the rest of the population to protect them which is why Parsonnet stressed the importance of all adults getting the booster shot.

“We are seeing enough breakthrough infections — a small proportion of which are serious — in the general population that boosting everyone will both prevent serious illness in the vaccinated and, perhaps even more importantly, limit transmission to those who don’t respond effectively to vaccines.”