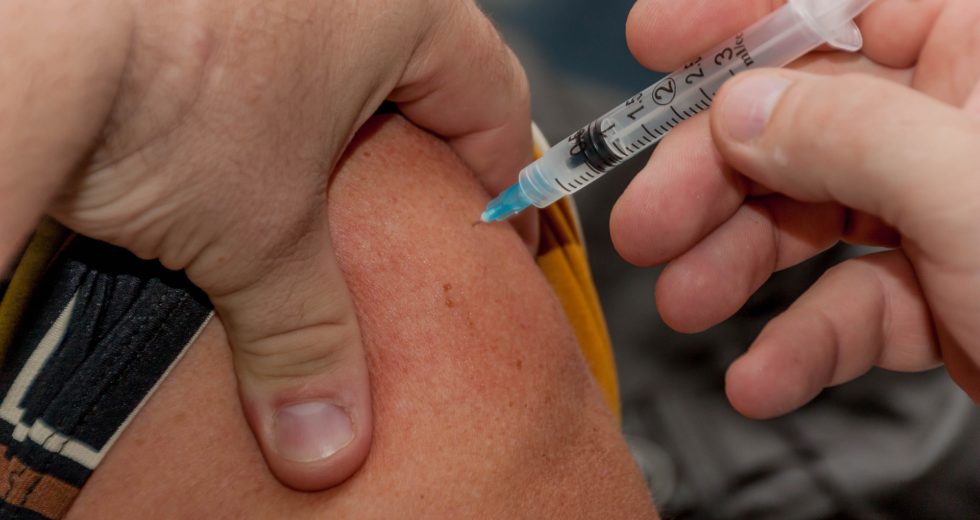 Flu season is almost at its peak and we are still dealing with the pandemic at the same time! Not to mention that most of the COVID-19 symptoms nowadays are identical to the ones caused by the common cold or seasonal flu so it is quite difficult to differentiate the two in time and make sure you don’t spread COVID.

With that being said, people everywhere are paying more attention than ever to signs such as a fever, a runny nose or congestion and more!

You may be wondering if there is any way for you to avoid these symptoms altogether.

After all, before the pandemic, a lot of people would be getting their yearly flu shots around this time but nowadays, we are more worried about the COVID-19 vaccine with another question arising – Can we get vaccinated against COVID-19 and the flu at the same time?

According to health officials, medical professionals and providers, it is safe to receive both!

Senior director of infection prevention for Johns Hopkins Health System, Dr. Lisa Maragakis told USA TODAY that “The great news is yes, you can get both vaccines at the same time or in close proximity to each other. Whatever works best for you.”

The U.S. Centers for Disease Control and Prevention stresses that you can even get them during the same visit to the doctor or to a pharmacy without any worries and this is the case whether you’re there to get your first, second or a booster dose of the anti COVID-19 vaccine.

Maragakis pointed out that, when the COVID vaccine first started to be distributed, officials recommended it to be “separated from other vaccines by two weeks.”

However, she goes on to say “that has since been revised, and now we know that you can get that vaccine safely along with other vaccines.”

Head of infection prevention and control at the Mayo Clinic, Dr. Priya Sampathkumar, also told USA TODAY that “as we’ve given millions of doses in the U.S., we now know what sort of things to expect from the COVID vaccines. So that’s why they’ve changed the recommendation now to say you can get other vaccines at the same time as the COVID vaccine.”

Maragakis went on to point out that kids usually already receive more than one vaccine at the same time at the doctor’s office.

“What we know is that those vaccines, each of them, are really designed to stimulate the immune system and get an immune response to the substances that are included in the vaccines that help the body fight off the individual infectious diseases. The immune system gets revved up and the two, or three, however many vaccines you get on that same day, substances will kind of work along separate pathways to teach the immune system how to fight out that pathogen.”

Of course, you may still be a little concerned about experiencing side effects caused by receiving both shots at the same time.

It depends on the person whether they happen or not but they are usually the same ones you usually get from either the COVID-19 or flu vaccine and not anything new or different caused by the combination of the two.

In fact, Sampathkumar mentioned that if you do experience any side effects such as achiness or fatigue, “getting that over with at the same time would make more sense. Personally, I got mine at the same time just recently, my booster and my flu shot. You have to pick between having those symptoms for two potentially 48 hour periods or at the same time. As we know, they’re really manageable for most people.”

The CDC stressed that the possible side effects are similar no matter if you get a vaccine by itself or along with another.

Sampathkumar also argued in favor of receiving both, encouraging people not to let the potential side effects scare them from a double vaccination.

“It’s easy to forget one or the other if you decide to space them apart. That’s why when you go in for one, if the other one is available there, we recommend that you get it at the same time. With the best of intentions, you may plan to go back at another time, but life gets in the way.”

But do you really even need the flu vaccine in the middle of a pandemic?

As it turns out, experts say it’s actually especially important to get the flu shot this year.

Maragakis explained that “We don’t know what’s going to happen this coming flu season, and I like to say we’re hoping for the best, but we’re planning for the worst.”

While last year saw a much lighter flu season than usual thanks to social distancing and mask wearing, as things start to get back to normal, people are less and less inclined to follow those safety guidelines as much.

Maragakis mentioned that “This year, as COVID cases start to decline, we’re afraid that flu might have more of an impact as people drop their guard about masking and not gathering in large numbers, we often see more severe flu seasons that follow light seasons, and we think it’s probably because our immunity sort of wanes in a year when we aren’t exposed to the flu very much.”

All in all, health officials confidently recommend all citizens who are eligible to receive their COVID-19 shots and flu vaccine as soon as possible.

You may know that the CDC generally recommends that everyone over the age of 6 months, with very rare exceptions, gets vaccinated against the flu every year.