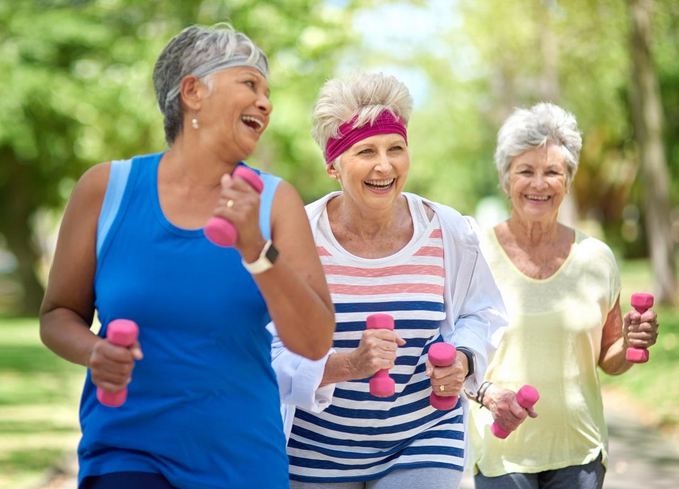 Exercise is healthy for you. Being active has been found to benefit almost all organs in your body, as well as battle almost every illness that physicians identify and alleviate almost every health problem that you may encounter on a regular basis.

It only gets better. According to a recent study, exercise increases amounts of a protein that helps brain cells communicate via synapses, which might be a vital element in preventing dementia.

The beneficial effect was discovered in active older persons with plaques, tangles, as well as other Alzheimer’s and some other mental illness characteristics in their brains.

“Synapses are the critical communicating junctions between nerve cells and are really where the magic happens when it comes to cognition. All of our thinking and memory occurs as a result of these synaptic communications” explained the author of the study Kaitlin Casaletto.

Electrical messages transmitted from neuron to neuron as well as to different cells in our bodies flow easily across synapses in a healthy brain. To do just that, the brain must restore tattered proteins within these synapses on a regular basis while also ensuring that they are appropriately balanced and controlled.
Several proteins are found near the synapse, and they aid with many aspects of cell-to-cell transmission. For  the synapses to operate properly, those proteins must be in equilibrium with each other. The study found that “the more physical activity, the higher the synaptic protein levels in brain tissue.”

How To Start Exercising And Get Moving

The first thing you should do is figure out what exercises you want to do, and how often. Then, you’ll need to set a schedule and commit to it. Make sure your schedule is one that fits into your daily routine. If you can’t make it a regular part of your day, you’ll never be able to stick with it.